Arild Eriksen and Joakim Skajaa won Europan 10 at Haugerud in Groruddalen in 2009. Their winning entry aimed to rediscover Haugerud’s lost identity by exploring low rise/high density urban planning.  The buildings create a village-like atmosphere with multi-functional structures that can be used for housing as well as public functions.

Joakim talked with us about Europan while walking to their recently opened local office at Haugerud.

Photo on the right side: Eriksen Skajaa opened a temporary local office at Haugerud in conjunction with developing the zoning plan. One of the goals is reaching out to the locals to achieve a process with user involvement. 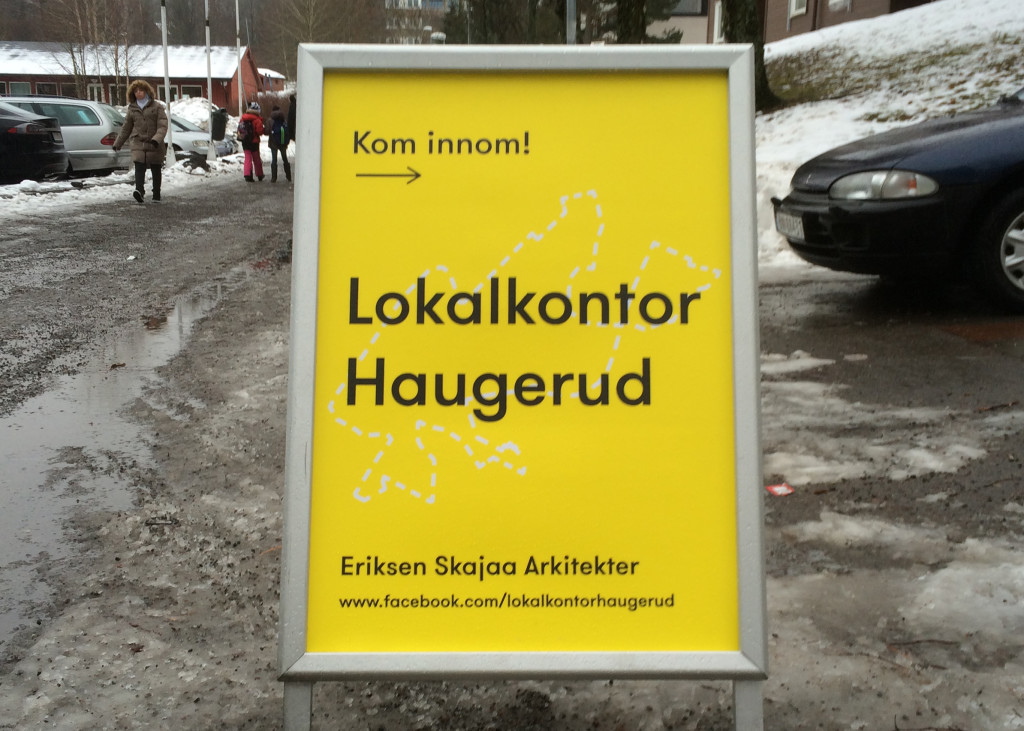 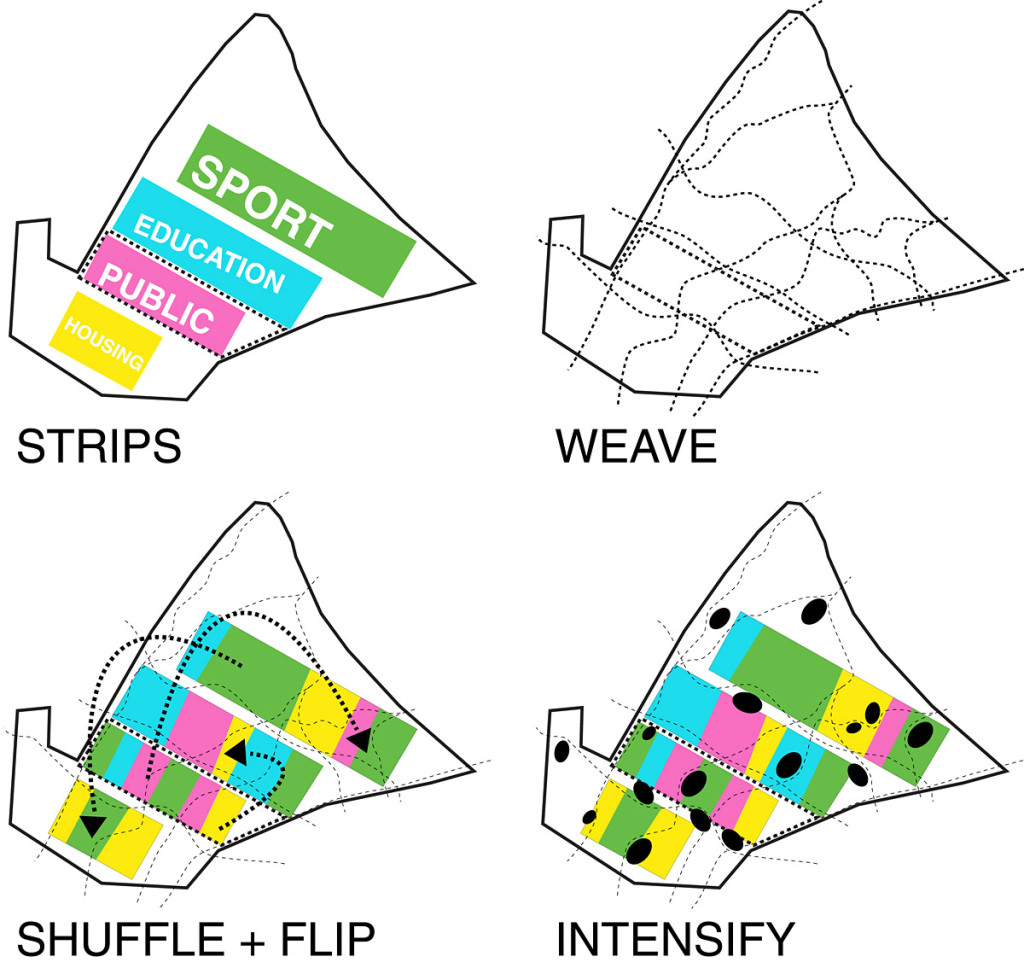 Europan Norway: In what ways have your project and you winning Europan influenced your practice?

Joakim Skajaa: We established our office after participating, and winning, Europan. It has had an impact on the office in a way that urbanism has become a focus point. We have developed some ideas about what urbanism should be in a Norwegian scale; an idea about the Norwegian small town model.

EN: The project you did was titled ‘Shuffle’, and it was discussing urban identity, ecology and social housing. These topics are also very much present in your other projects. How would you say Europan works as a tool to discuss topics in the society concerning architecture and urbanism?

JS: Europan benefits from being a competition that is mixing the aspirations of the contracting authorities with the vision of being a laboratory for new ideas and initiatives. That is something you usually don’t get the opportunity to participate in. If you are observing the circumstances in Norway today, the urban densification is the same all over – it’s gathering around the transport hubs and the commercial areas. Europan is somehow encouraging a counterbalance to this homogenous development, because it is possible to project something else- it’s possible to discuss alternatives for settlements and living.

EN: How has the process at Haugerud been in the aftermath of the competition?

JS: We have worked on commission from the municipality, where we have done several studies on their behalf.  Over time the scale of the project has expanded beyond the initial competition area. The Agency of Real Estate and Urban Renewal has in many ways been a very good client; they have let the project at Haugerud be a starting point for a process that has developed, even though some of the premises have changed.  At this moment we are specifically doing preparatory work on an area plan at Haugerud.

EN: Do you have an advice for future Europan clients?

JS: Yes, to challenge the prevailing mindset on what urbanity and densification implies in Norway. And, also to find new models in the competition on how to realize projects that can turn into actual buildings, because the housing market also needs to be challenged.

Owners of the site: Municipality of Oslo and Enøk Consult AS.

Commission after work: Zoning plan. Possibilities for a building commission. 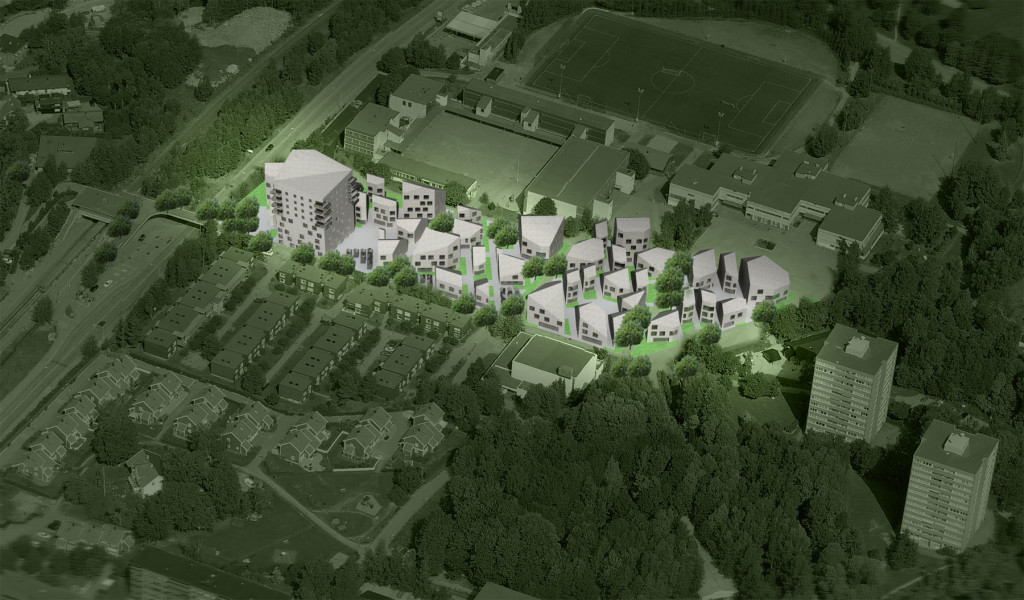 Jury remarks: This proposal argues for a radical new strategy that aims at infiltrating the existing structures by adding a new layer. The project makes reference to the [...]
Read more