Jury remarks: This proposal argues for a radical new strategy that aims at infiltrating the existing structures by adding a new layer. The project makes reference to the traditional ‘tun’ organisation in Norwegian vernacular architecture, but could also be seen as an interpretation of a “garden city”, evoking a topology that has proven to be successful in the eastern parts of Oslo. 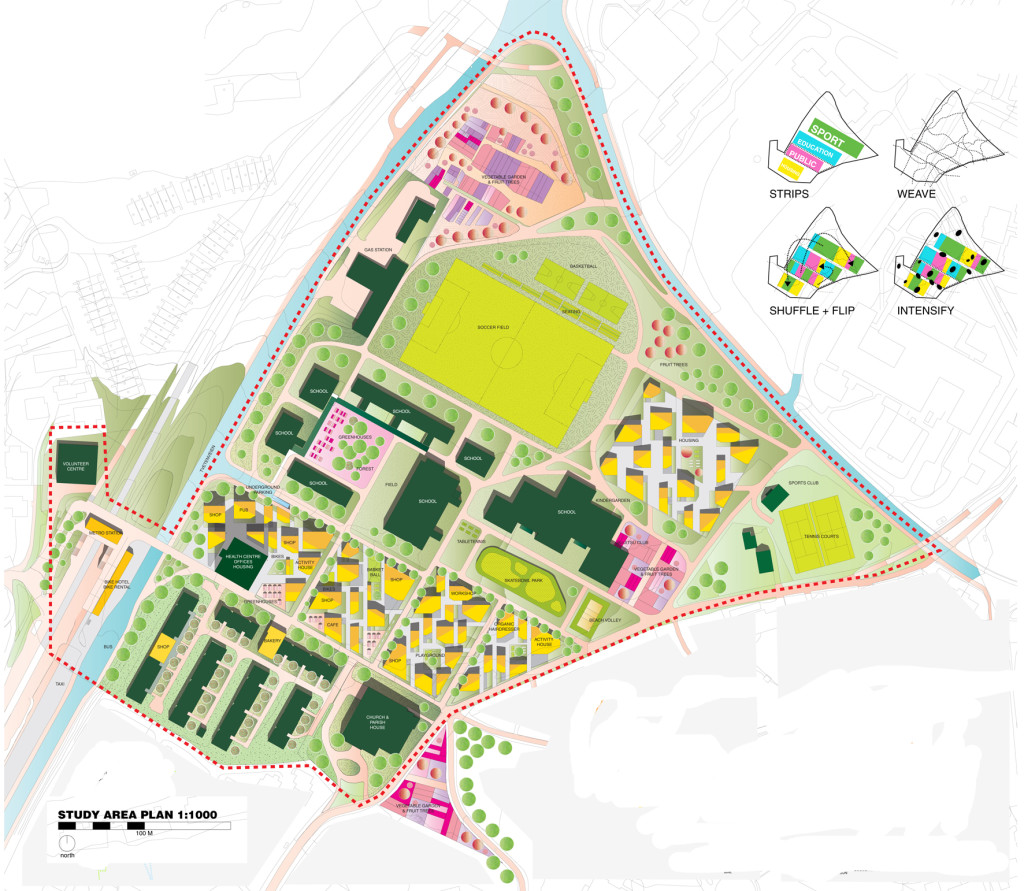 The jury believes this to be an interesting house type that could contribute to a positive identity for Haugerud. The buildings create a village-like atmosphere with multifunctional structures that can be used for housing as well as public functions. The low and dense layout for the area could invest new, semi-urban qualities into the existing late-modernist plan.

However, the jury finds the proposal quite rigid and formalistic, and insensitive in that it does not really adapt to different situations. The north-south orientation of the homogeneous, repetitive scheme is questionable, and tends to detach the new centre from its surroundings in concern to orientation, infrastructure and landscape. Further, the size of the buildings appears to be under-dimensioned, and should be elaborated towards a greater degree of variety in response to the needs of the various inhabitants and family structures, thus heightening the diversity within the system. The jury also considers the hierarchy of programme and function to be problematic. The public programmes should be carefully placed in order to create a clear and useful order among public, semi-private and private spaces.

Nevertheless, we see great architectural potential in the project that could lead to an attractive and reasonable revitalisation of Haugerud. 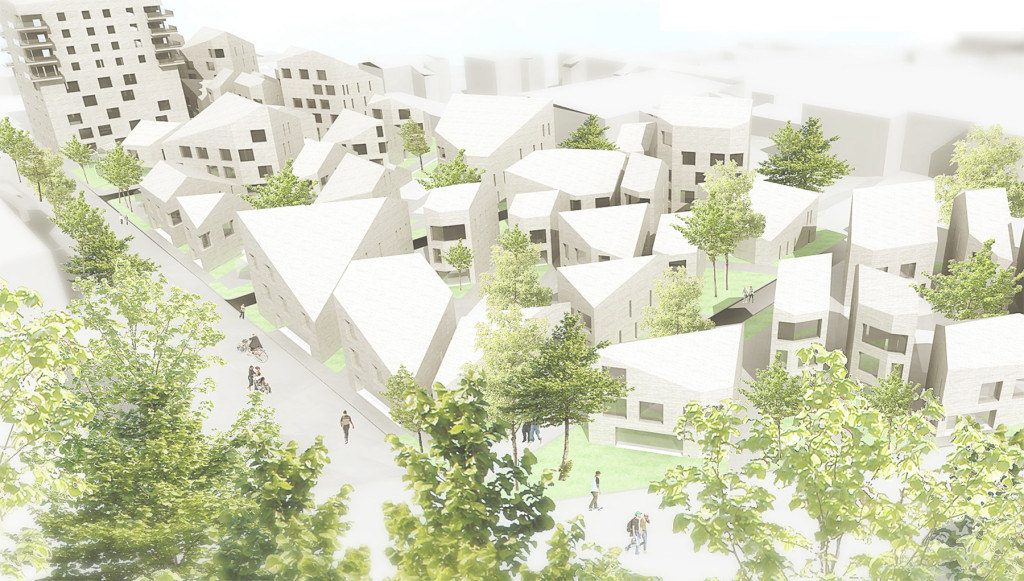 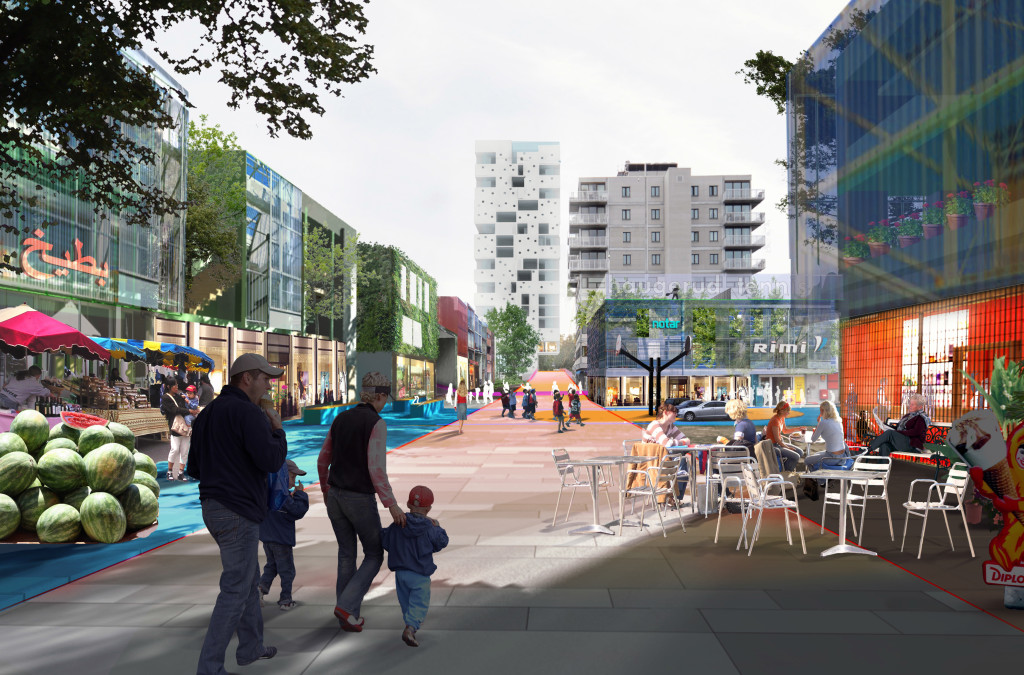 Jury remarks: This proposal argues for a densification of Haugerud with the goal of growing it into a hub. The competitor extends the competition site for the building proposal, suggesting the development of an urban concept both parallel and perpendicular to the metro line in the form of a pedestrian strip. New buildings and public spaces are proposed with different programmes to support ‘the strip’, (the project’s main organisational structure.)

“Haugerud Rearranged” carries several positive aspects aimed at providing the area with a more distinct urban character. The plan shows a robust character that allows for many actors to be involved over a long period of time. The well-drawn plan integrates parts of the existing structures in a convincing manner, and the band of sport programmes is combined well with the public pedestrian street. 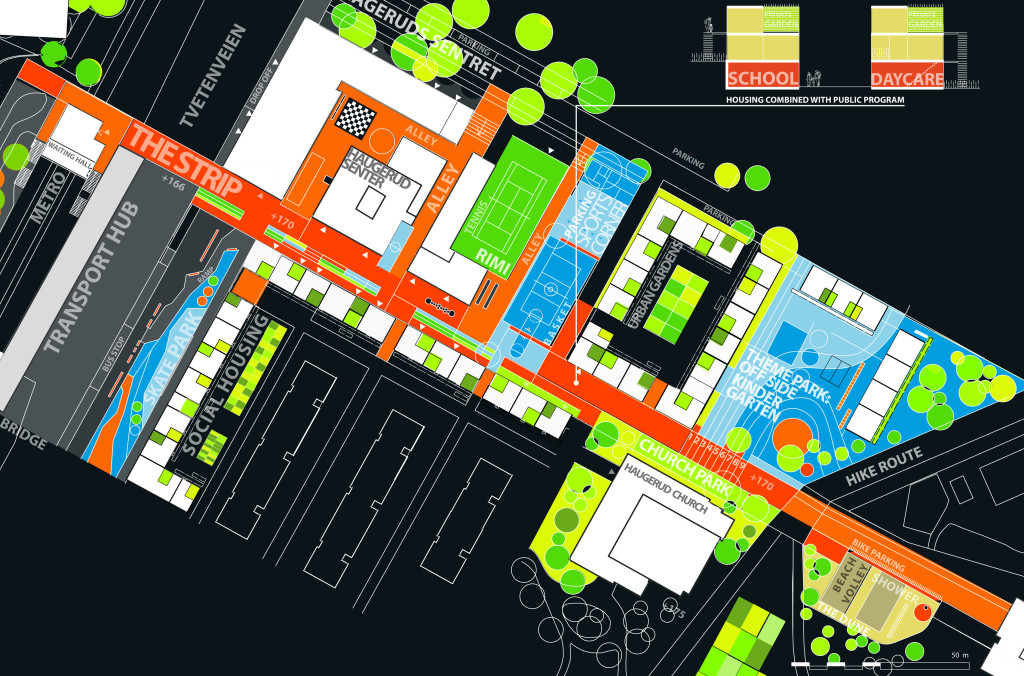 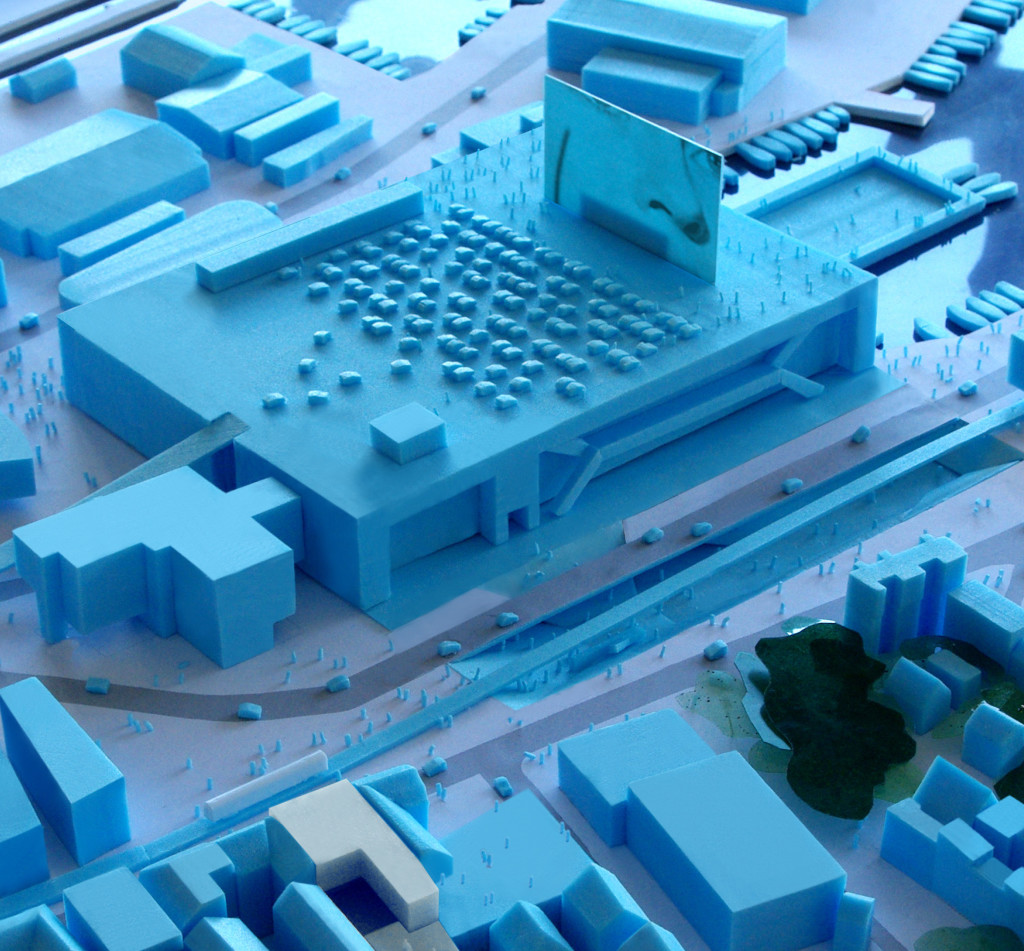 Jury remarks: For the building site at Strandveien 27, the project Proscenium proposed a permeable building with a public passage. A ramp connects the different levels of [...]
Read more

Jury remarks: Repositioning the Remote, the first prize winner for Vardø, demonstrates not only a deep knowledge of the history, geography and assets of the site, but also a [...]
Read more 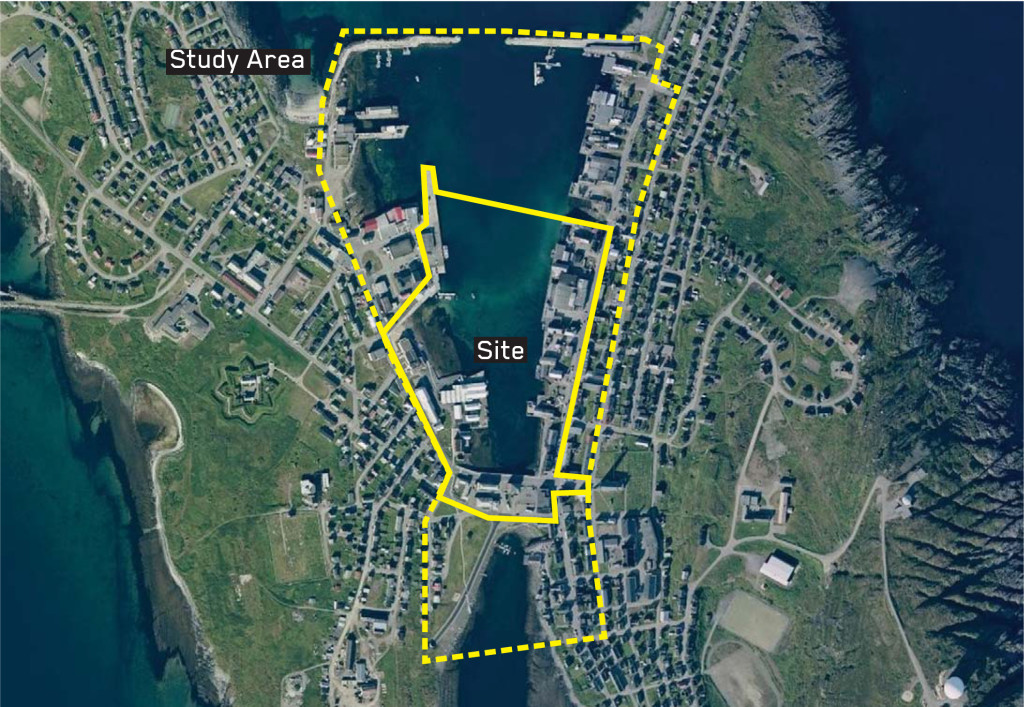 Trondheim The Europan site in Trondheim is located in the district of Nyhavna, a place full of contradictions and conflicts. Heavy industry, alternative cultural activities and [...]
Read more