Jury remarks: The proposal has an analysing and intellectual approach that is of great interest. It seems that the authors’ understand the regional context that is an important part of the possibilities that Sandvika has to deal with. The proposal also shows how new efficient public transportation increases the needs of communities on site and how they could be created. This discussion is also a part of the concept. Especially the discussion concerning the volatile situation between inhabitants, visitors and commuters is interesting and how this is taken into the design process to programming the spaces along the river to a social network. 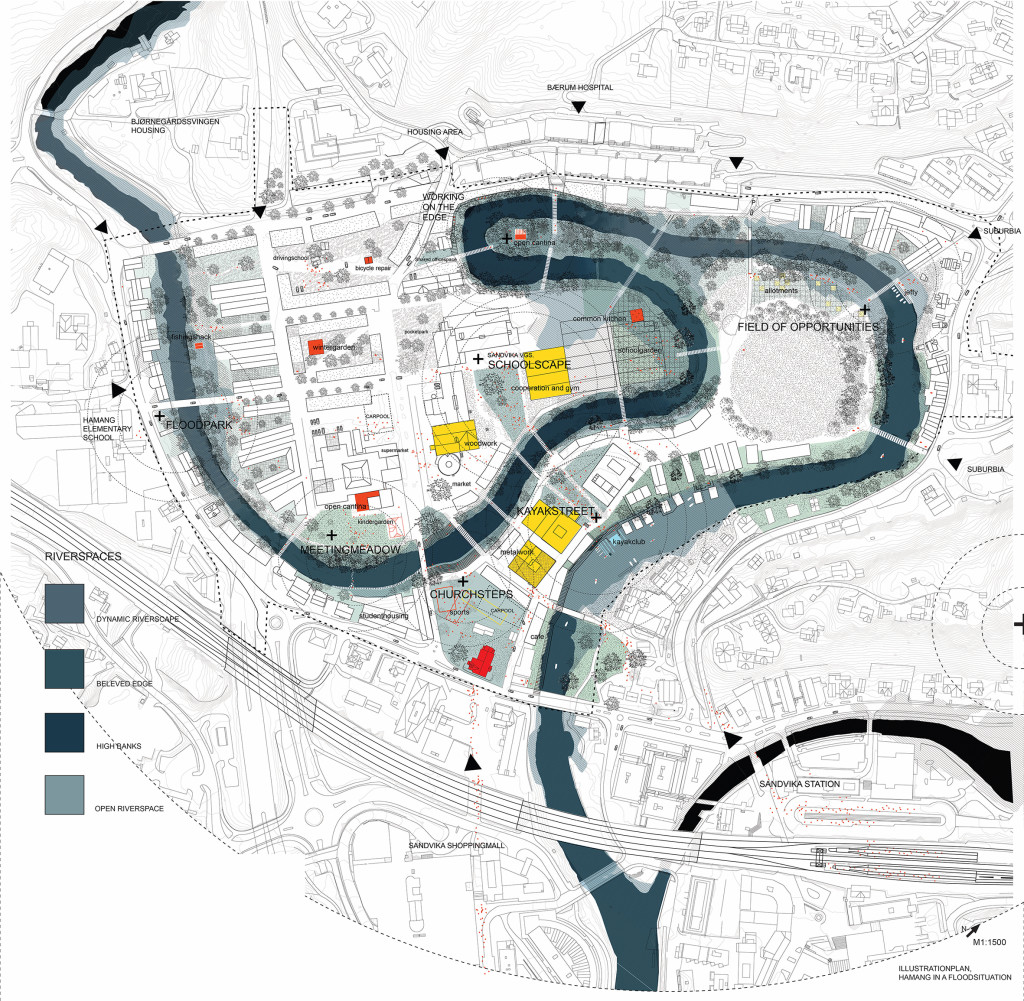 The first face to move the school and to create a green skeleton, together with a new program and a partly demolition of the existing school together with new bridges, connect the different parts of the site with the city and the railway station. However the connections southwards to the shopping area and city centre could have been made stronger. The possibilities of the river and the nature are very well used and the new spaces that are created could strengthen this asset. The site is also expanded over the river westwards and takes this part into the concept in a convincing way. The proposal is building on the right spots but could have been more developed concerning density and the spatial structure. The structure is very well programmed thanks to a good analysis and a good discussion.

The relation between the discussing texts and the proposed structure is also very congruent. This means that the proposal could be developed in different directions and still relay on the analysis and principles of the proposal. 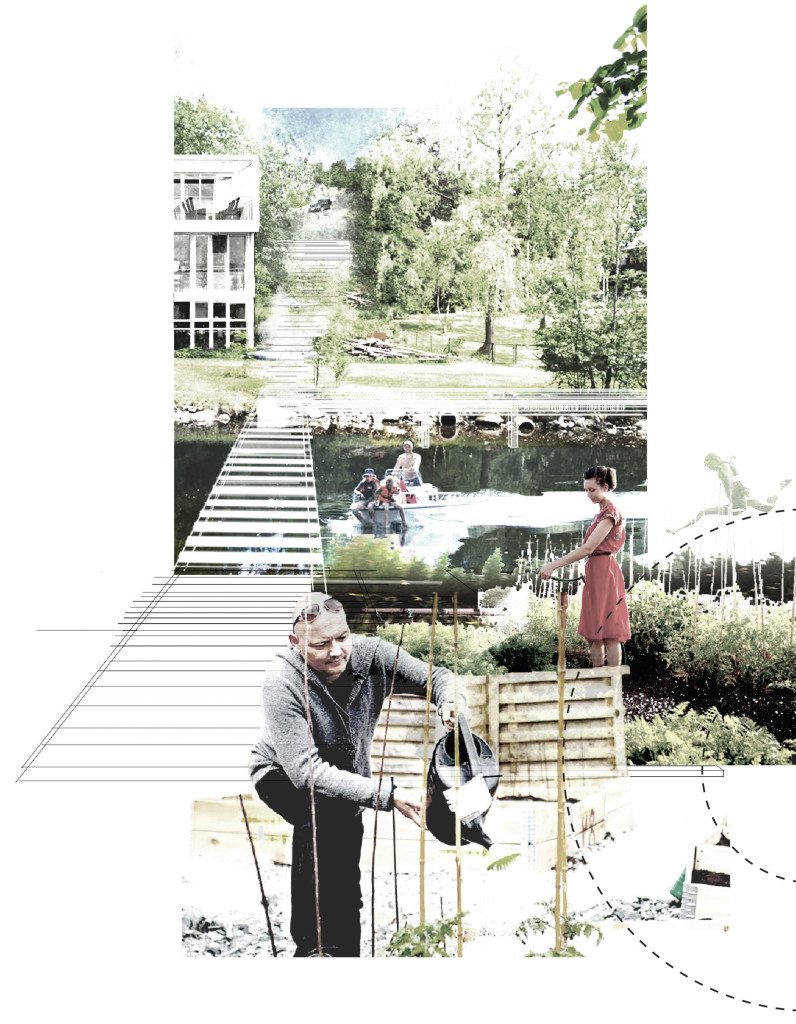 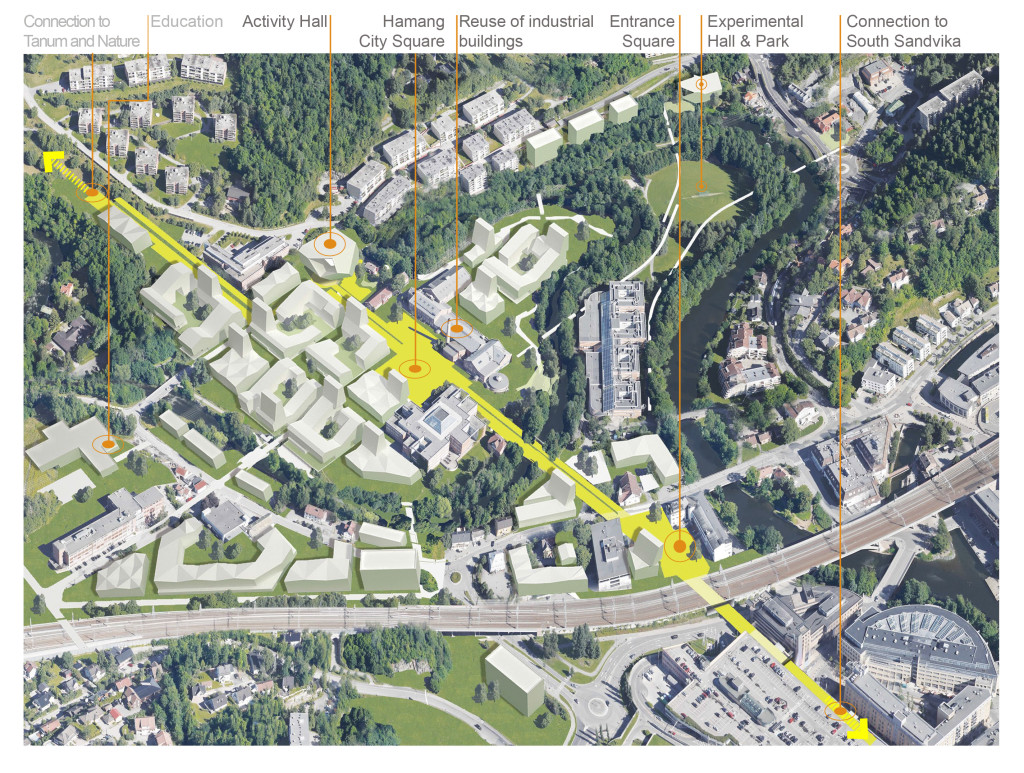 Jury remarks: Elasticity deals with the necessity of density in the area by proposing a building typology that solves both collective and individual programs. It is one of the few proposals that have been appreciated by the municipality in terms of the expected urban density. Kjørbotangen is kept as a natural and recreational area without built structures, a fact that has been also valued.

Nevertheless, “Elasticity” relies more on architectonic solutions than in urbanistic ones. This is the project’s strength and weakness. Although robust, the architectural proposal is formulaic and generic.

Programmatically it distributes mixed uses throughout the big semi-closed blocks, deploying a well-developed overall section that relates the river banks with the interior of the blocks. This allows for a public solution for both the river limits and the collective interior spaces, and has been a key element for the jury in selecting the project as runner up. Nevertheless, from an urban point of view, although it proposes an adequate connection with the South Sandvika Center, the project is too straightforward and the organization does not properly value the spaces in between the blocks outside the architectural objects. 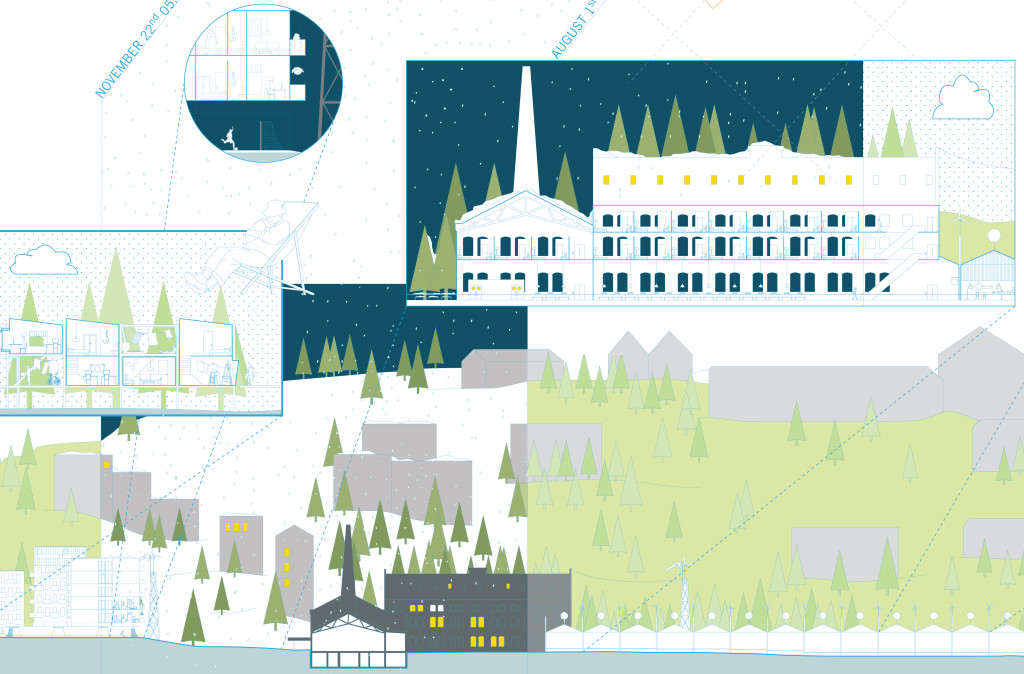 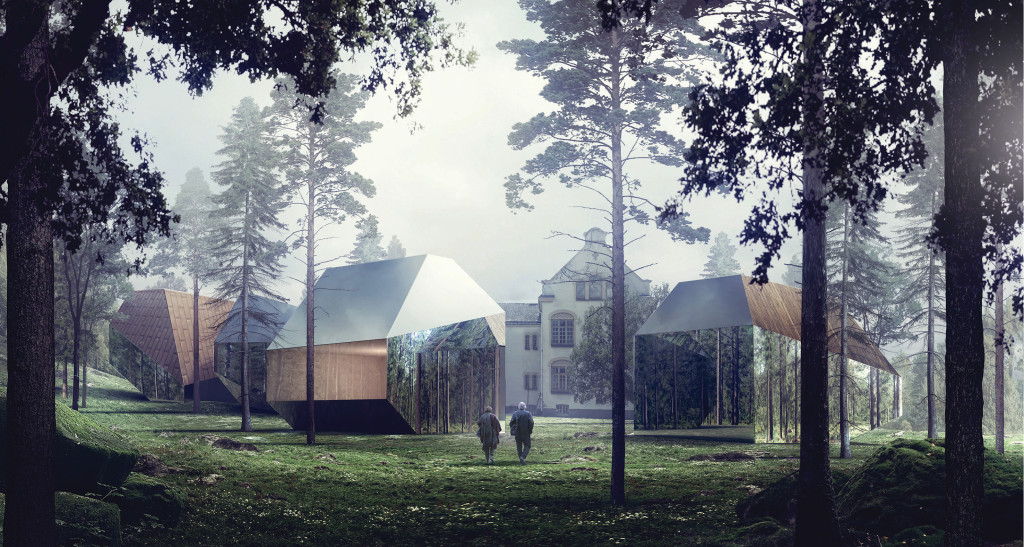 Jury remarks: This proposal gains distinction through a fine reading and understanding of the landscape as a driver, that gives identity and defines the area’s atmosphere and [...]
Read more

Jury remarks: This entry is an intelligent approach to a complex site. The proposal has managed on the one hand to create a frame for the development and on the other hand it [...]
Read more

Bærum The post-industrial area of Hamang in northern Sandvika, the urban centre of Bærum municipality, is about to undergo a fundamental transformation. The E16 highway, [...]
Read more