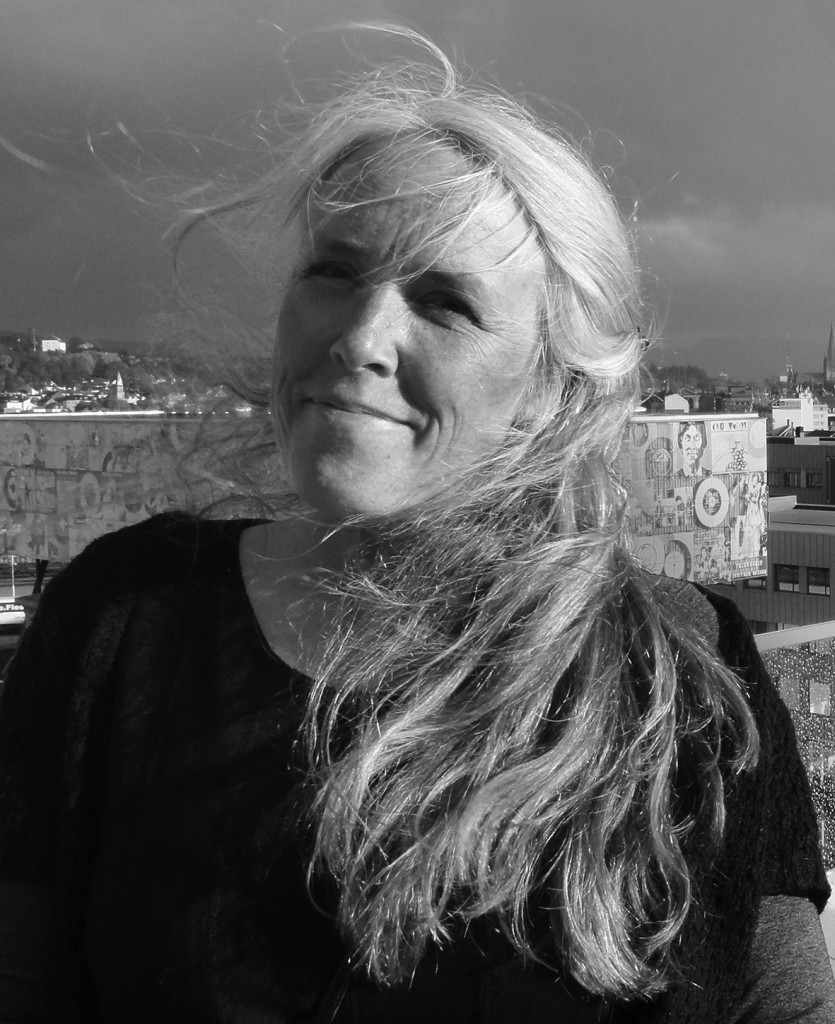 Head of City Planning, the City of Trondheim

Hilde Bøkestad graduated at the Faculty of Architecture and Fine Arts at the Norwegian University of Science and Technology (NTNU) in 1992.

After working as a scientific assistant at the Department of Urban Design at NTNU, she entered a planning position in 1994 in Longyearbyen in Svalbard, an arctic island governed by the Norwegian authorities. With young enthusiasm and with an international treaty as her planning tool, she had to manage the urban growth of a small international town for coalminers and environmental scientist.

In 2000 Hilde founded Agraff Architects as a part of Atelier Ilsvika, a co-working space for artists and startup companies in Trondheim. In 2005 she returned to the university to teach urban planning and design, and after a period as a planning consultant she was appointed as the Head of City Planning in the City of Trondheim in 2013.

Hilde was a member of the Europan Norway Board from 2005 to 2008, and played an important role in the realization of MySpace Student Housing, the winning entry of Europan 9 in Trondheim, designed by MEK Architects from Madrid.

Mosbach is graduated from the landscape architecture school of Versailles, she opened her studio in 1987 in Paris and founded with Marc Claramunt, Pascale Jacotot and Vincent Tricaud the magazine Pages Paysages. Among her many projects, the archaeological park of Solutre -Saone-et-Loire, walk sluice of Saint -Denis, the Botanical Garden of Bordeaux, the other side -Quebec City, Shan Shui at the International Horticultural Exposition -Xian, the Place de la Republic -Paris, walking Mediterranean Fort Saint Jean -Marseille, the museum park Louvre -Lens and Phase Shift Park -Taichung. The equerre d’argent award -Paris is delivered for Louvre Lens Museum Park, 2013. Phase Shifts Park (Gateway Park under construction) has been honored on 2014 by the Iconic Concept Award category German Design Council, Munich. 2016 Mosbach is honored as officer of the Legion of Honor proposed by the President of the Republic Francois Hollande. 2017, she is visiting professor in Graduate School of Design Harvard. 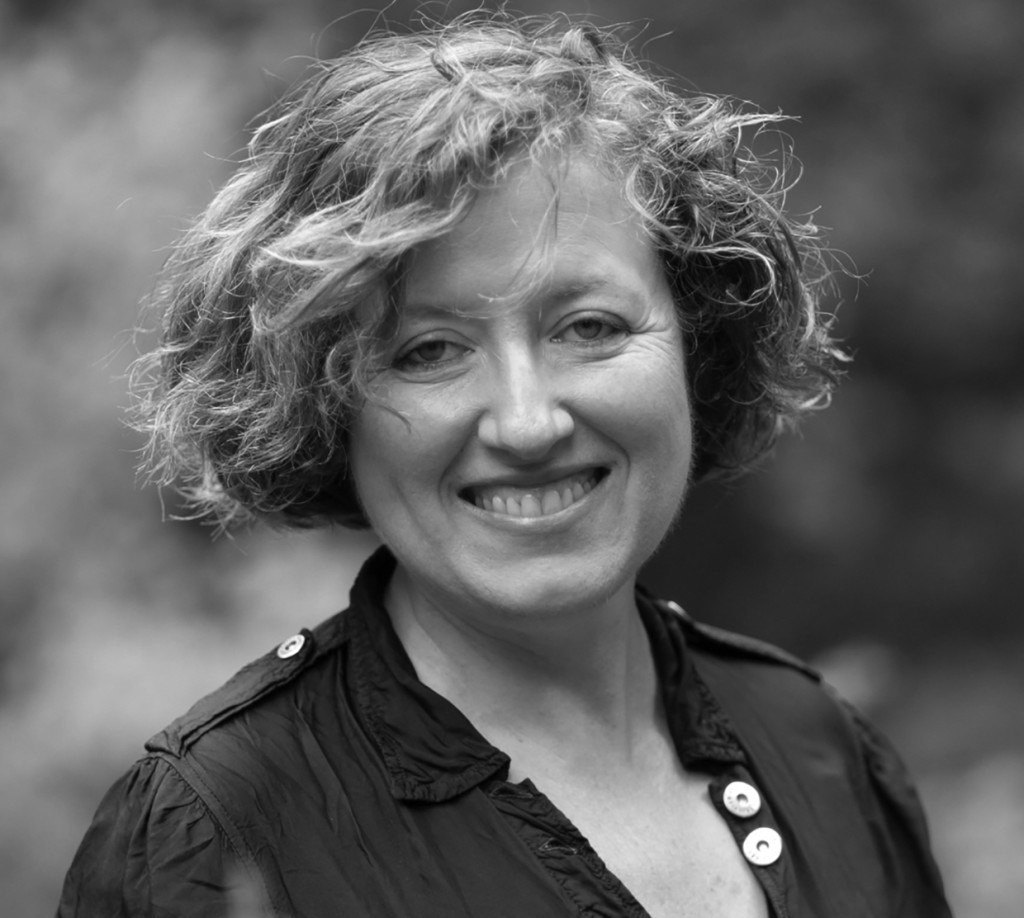 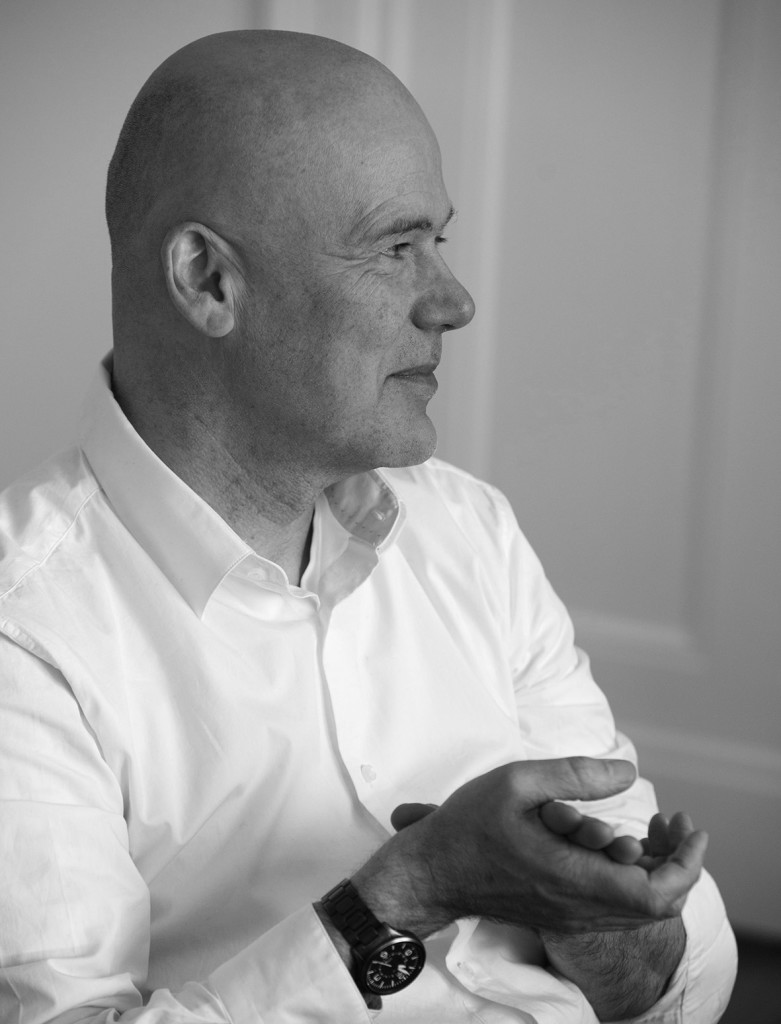 Kaye Geipel is working as an architecture critic, architect and urban planner. Since 1995, he is editor of the german architectural magazine ‘Bauwelt’ and since 2010 deputy editor-in-chief of the magazines ‘Bauwelt’ and ‘Stadtbauwelt’. Many of his continuous publications and lectures focus on the subject of residential housing and city transformation from the 1950s to the present.
Kaye is curator of the international Bauwelt Conferences: “Generation Stadt” on urban density and housing in 2014, “Zukunft Energiewende” on climate change in the city in 2015 and “Productive City” on a new comprehensive understanding of urban mixity in 2016.

He worked as co-author of the expert reports “Grand Paris” commissioned by the French Government for the LIN office in Paris//Berlin. Kaye has extensive experience with architectural and urban development juries – he was a member of the selection committee for the French Biennale Pavilion in Venice in 2016 and juror of several Europan competitions (E9 in Spain, E10 in France, E12 in Austria). He is part of the scientific committee of Europan Germany and member of the board of trustees of the Schelling Foundation, distributing the International Schelling Price for Architectural Theory.

Maria Crammond graduated at The Royal Danish Academy of Fine Arts Schools of Architecture, Design and Conservation, Copenhagen in 2015. In 2015 she won Europan 13 in Ørsta, Norway together with two landscape architects. After winning Europan 13 in Ørsta, she founded FELT together with the winning team, and have been working with the municipality of Ørsta to adapt the proposal and present a development plan for Ørsta. The development plan forms the basis for the future zoning plan for the city center, and have led to a range of further design studies for the municipality.

Along with founding FELT, Maria have been working at Vandkunsten Architects since 2013 with urban planning. She participates in competitions in Northern Europe and works with development plans, ranging from the big scale urban planning to the design of small urban spaces and housing units. All with the purpose of creating spaces and communities for people. 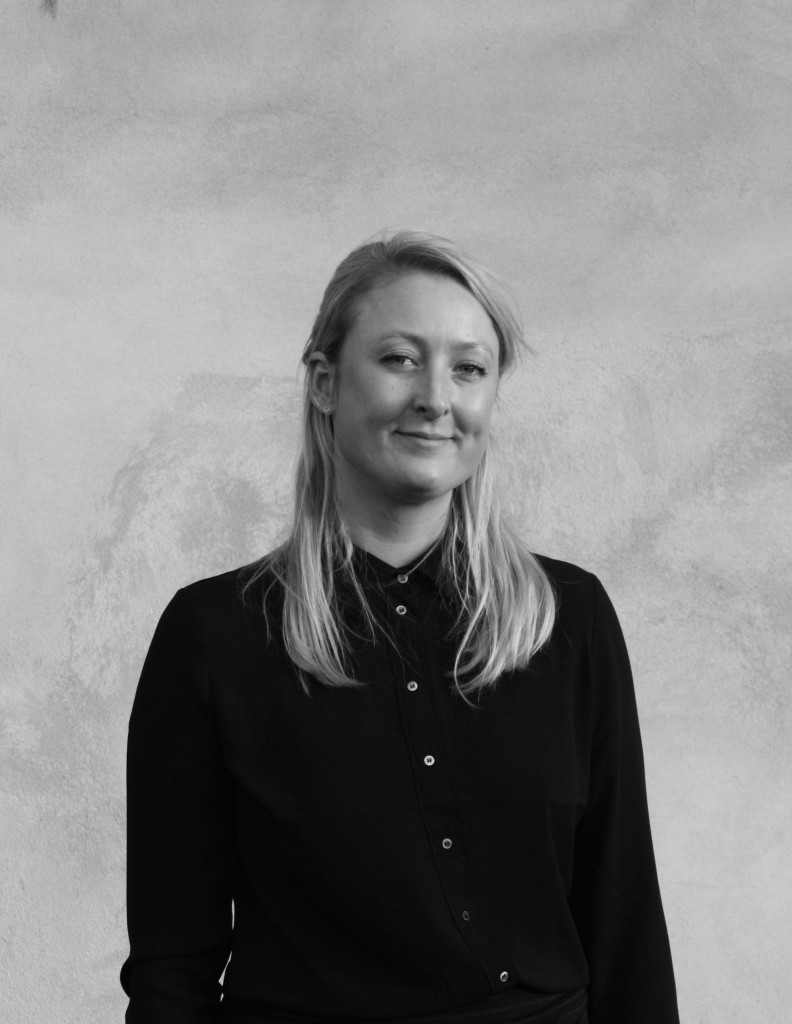 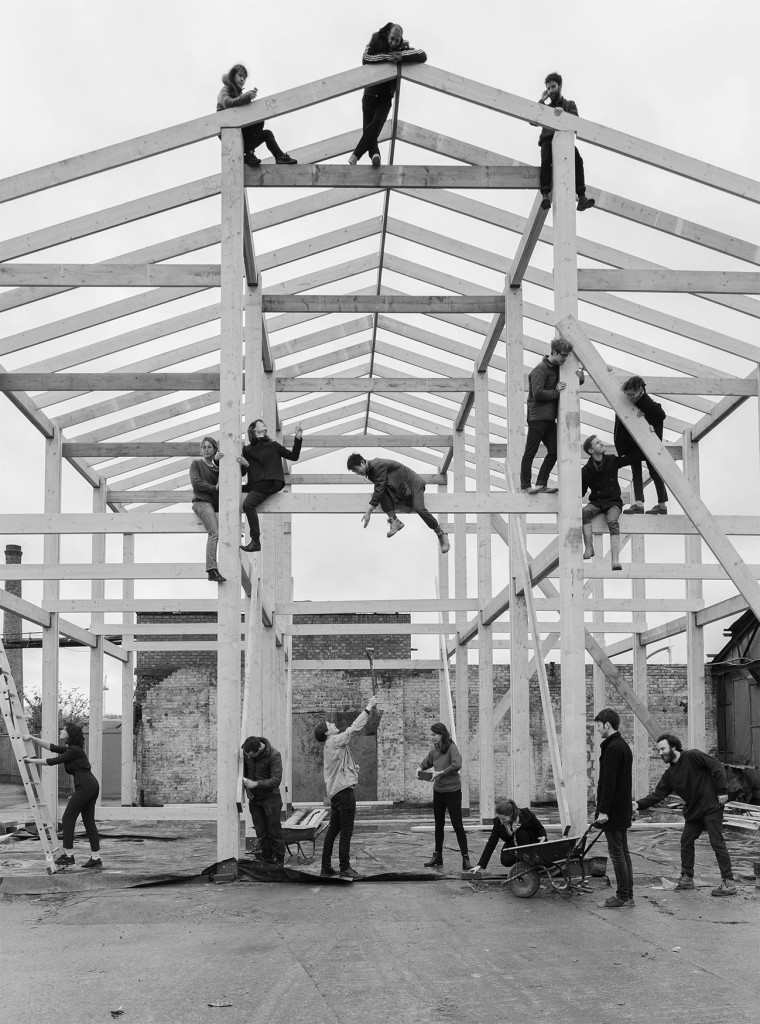 Anthony is a founding member of Assemble Studio, a multi-disciplinary collective working across architecture, design and art. Founded in 2010 to undertake a single self-built project, Assemble has since delivered a diverse and award-winning body of work, whilst retaining a democratic and co-operative working method that enables built, social and research-based work at a variety of scales, both making things and making things happen. Anthony has taught at the University of Westminster, the HEAD in Geneva and has lectured widely internationally. He is currently Design Think Tank co-leader  at the London School of Architecture.

Project Leader and Chief Architect in Dept. of Planning and Building Services, City of Oslo

Gerrit Mosebach is an architect and urban planner with international experience. During the 90’s he worked at several architect studios in Berlins blooming post-walI era. End of the 90’s he moved to Rotterdam and worked at West 8 Urban Design & Landscape Architecture. In 1999 he moved to Oslo and founded the studio Plan B. The commissions were mostly urban planning related, for both for public and private sector, predominantly in the Oslo metropolitan area, but also around the rest of Norway and abroad. Gerrit was one of the founders of EUROPAN Norway in 2002. Since 2008 he has been working for the City of Oslo, Dept. of Planning and Building Services (PBE), Unit of urban planning as project leader and chief architect. Gerrit has extensive teaching experience in urban planning from the Norwegian University of Science and Technologies (NTNU), Oslo School of Architecture (AHO), Bergen School of Architecture (BAS) and The Norwegian University of Life Sciences (NMBU). 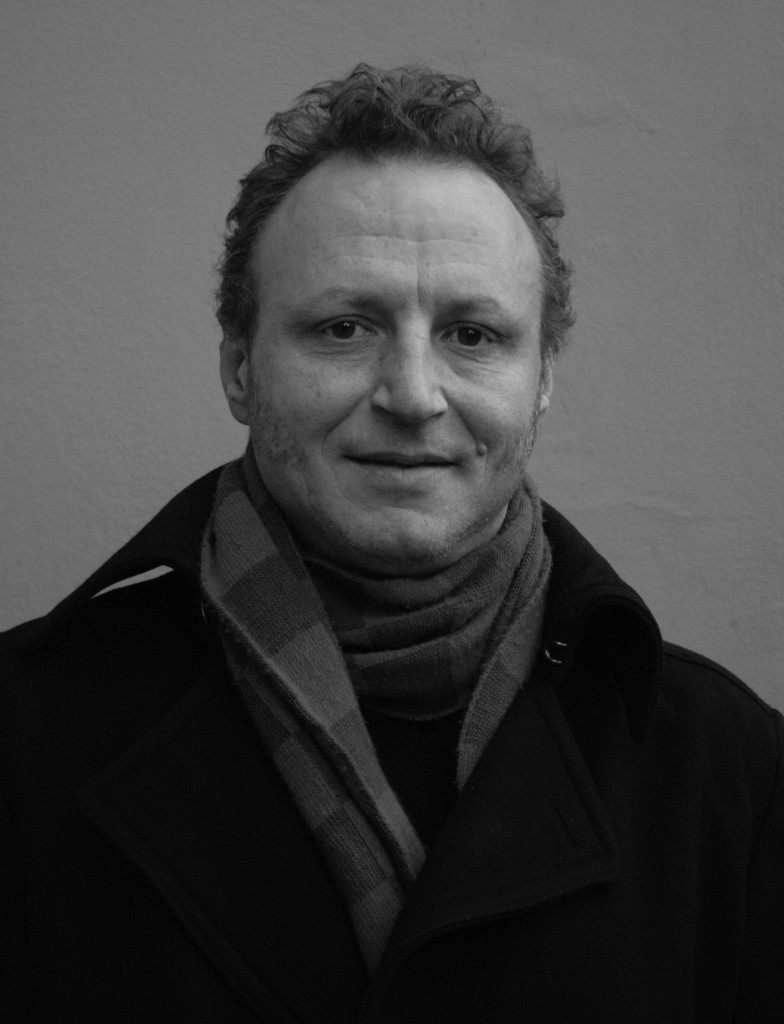 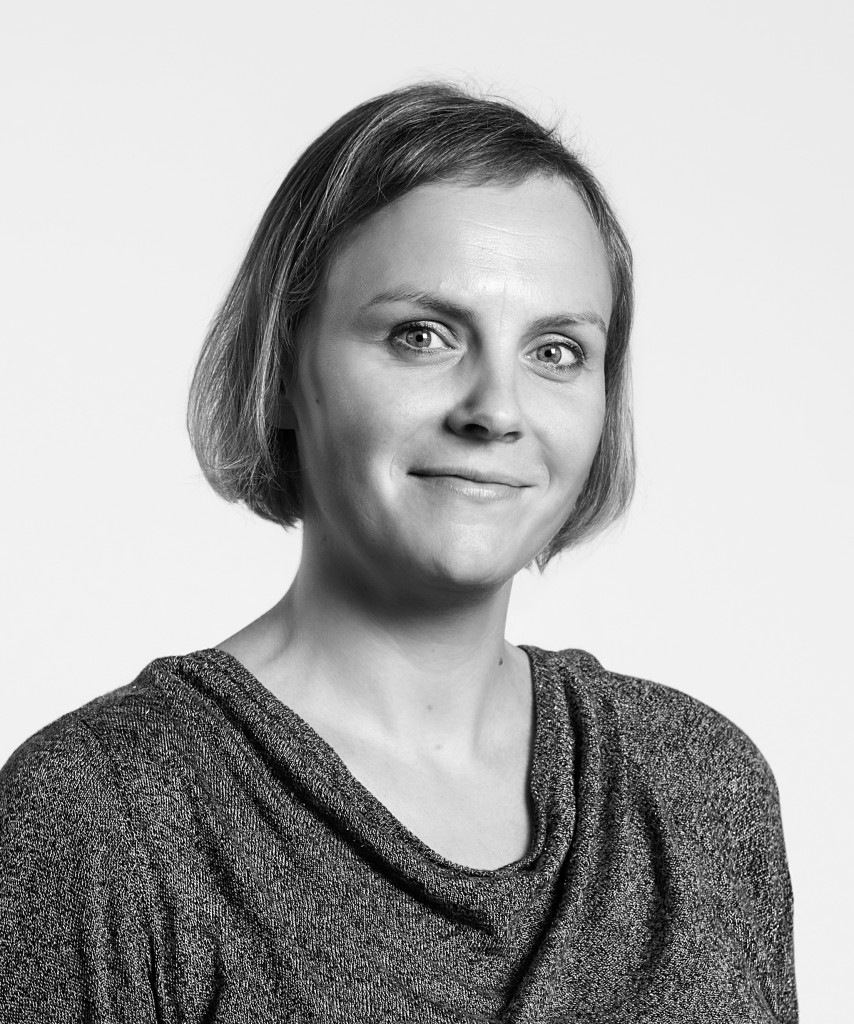 Gøril Forbord is a business developer in TrønderEnergi, she is working with new renewable energy solutions. She has a degree in Industrial Economics and Technology Management from NTNU.

In the past decade, she has worked in and around the innovation environment at NTNU. She started off as a project manager at NTNU Technology Transfer. For four years she was the general manager and sales manager in the start-up MemfoACT that worked with commercializing a new type of membranes for separating different types of gases. For this work, she was nominated for the Entrepreneurial Woman of the Year in 2010, and received the Young Innovators Award in 2011.

In 2014 she started as general manager of Techno Port, a membership association that works to promote the culture of innovation and entrepreneurship. In this job she was partly responsible for one of the largest innovation conferences in Norway. She is a regular columnist in the newspaper ‘Adresseavisen’, she participates in  the radio program ‘Torsdagsgeriljan’ and the podcast ‘Trondheim Tech Podcast’. She is a member of several boards, which includes the Program Board for FORNY2020 in the Norwegian Research Council, Adolf Øiens Donation Fund and as deputy member in the Group Board of Polaris Media.