The municipality of Ørsta managed to change a lack of activity and enthusiasm into local engagement and community spirit. This was done through extensive use of participatory processes including reference- and working groups with land owners, investors and local inhabitants, and thorough presentations of the Europan process and incoming proposals in the newspaper Møre Nytt.

Europan 13 in Ørsta has been a success story. The municipality entered the competition after facing a historical possibility to rethink its urban centre when the municipal plan from the 80’s was being reassessed. The old plan suggested routing E39 along the coast of Ørsta, seizing valuable land and paralyzing development in the centre of the town for over 20 years. In Europan 13, the municipality of Ørsta and the county of Møre and Romsdal joined forces in the quest of rediscovering and revitalizing the centre of Ørsta and strengthening its position in the region of Søre Sunnmøre. 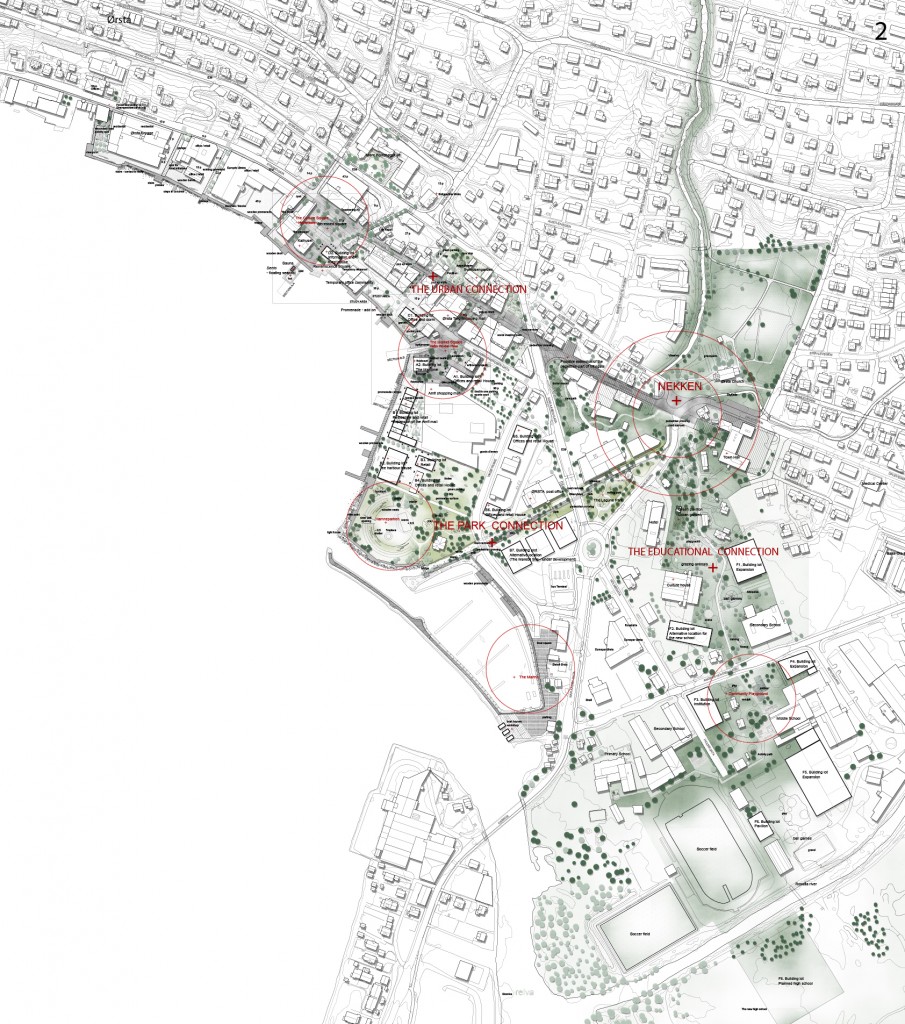 The winning team was invited to Ørsta in early march 2016 to present their proposal to the local politicians and land owners and have later worked with adapting their proposal into a plan for developing Ørsta. This work will form the basis for the future zoning plan for the town centre and has included developing long term spatial strategies investigating blue and green structures, localisation of central functions, parking and traffic in the town. In addition to this, the team was asked to go into detail on central functions and content in the central areas with a special focus on how the shopping mall can co-exist with its surroundings.

“Winning the Europan competition has been a fantastic experience” says the winning team. “One year ago we were sitting working on the Europan 13 proposal and we had no idea it would end up with a signed contract. Now, we expect to develop a strong masterplan for Ørsta. And we hope that our ideas will end up being implemented and help direct Ørsta, so that the city will end up having the lively and vibrant centre it deserves.”

“The choice of Europan as a framework for an architectural competition in Ørsta has resulted in a very interesting and informative process. The international context of the competition also made it easier to create enthusiasm and interest in the work, both in the press, through the work of the reference group and in relation to the inhabitants in general” says Gunnar Wangen, leader of the planning and environmental department in Ørsta municipality. He is currently enjoying working together with the winning team on shaping the future of Ørsta.

Site proposed by: Ørsta municipality (in collaboration with Møre and Romsdal county)

Owners of the site: Ørsta municipality and private site owners

Commission: Develop the winning proposal to form the basis for the zoning plan. 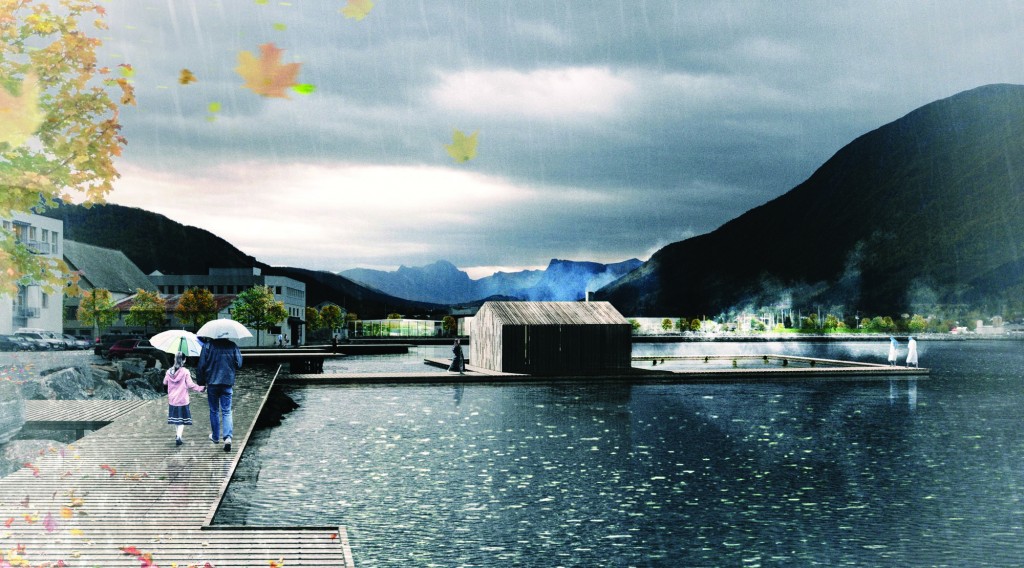