Jury remarks: The New Era Wharf offers an alternative to projects that propose multiple discrete interventions realised over time. Rather it presents a radical reimagining of Rødberg centerd on a new civic building erected on a new wharf at the western end of the lake. 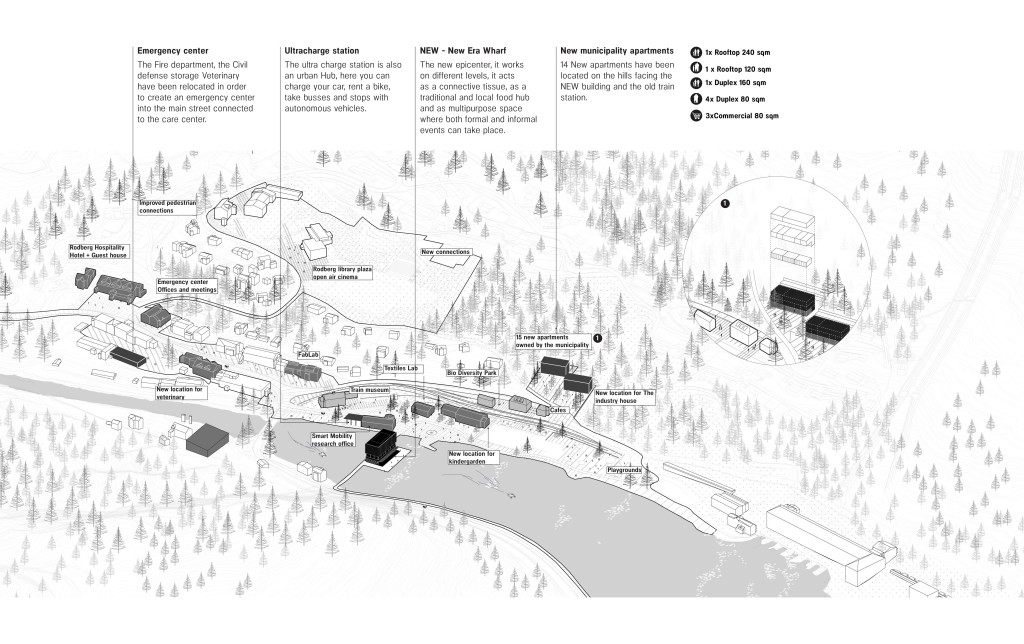 This building and its connections across the lake alter the scale and center of gravity of Rødberg, providing a new focus to Rødberg poised between the reworked high street to the west and the new parkland and housing to the east. The proposal also includes carefully judged proposals for a new public realm, new housing, a charging station for electric vehicles and a new emergency center.

The jury found that the project connected with the heroic past of Rødberg as defined by its power station, to which The New Era Wharf is a contemporary counterpart. As brave and decisive as the original, it marks a new phase for Rødberg. The new building is partly town hall, venue, nursery, and social condenser, well judged in its scale and materiality and furthermore beautifully represented.

The jury enjoyed the clarity of the proposal and is confident that the project would provide a point of focus, new thinking and confidence at local, regional and national scales. As such The New Era Wharf presents an attitude to local regeneration that within the context of the other entries was fresh and of significance not just to Rødberg, but to similar towns throughout Norway. 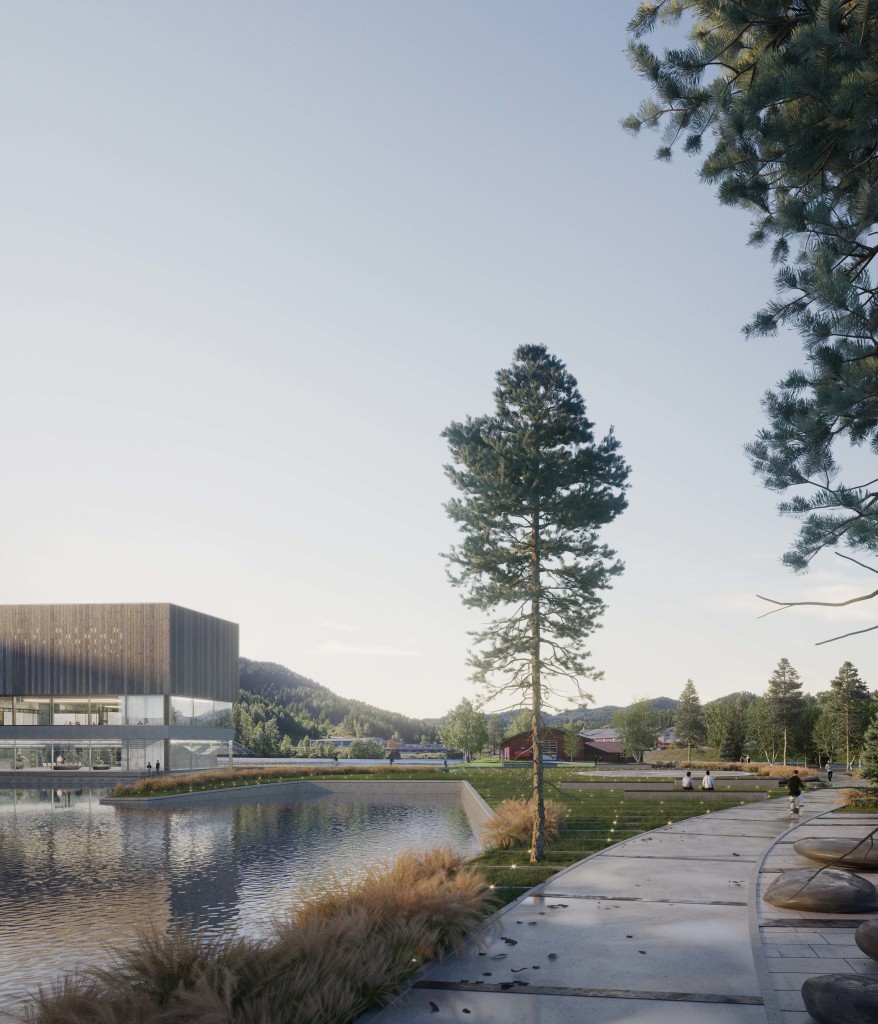 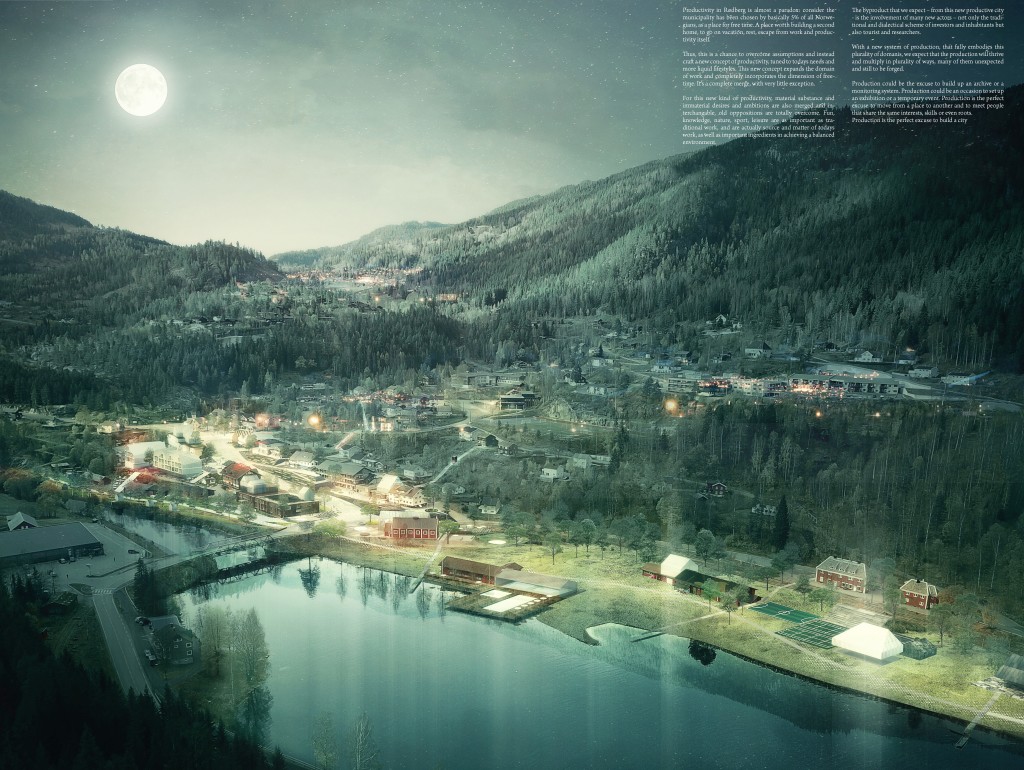 Jury remarks: The Lanterner project articulates the incremental and uncertain development of Rødberg over time, incorporating the public realm, the landscape and architectural projects at multiple scales. Having the qualities of a menu, Lanterner provides the city with multiple choices and provocations united under the single narrative of the lantern. In this context, Lanterns are not just spaces but metaphoric and temporal interventions that initiate and test future spatial and programmatic possibilities.

The multiple proposals at all scales are well judged and well described. They range from large scale landscape proposals to the intimate and careful reworking of existing building. Taken together they describe a rich future which is well visualized and reflected. However, Lantern’s complexity is both its strength and its weakness: A strength as it provides a seemingly infinite field for future conversations and inventions, and a weakness as it is  vulnerable to compromise and misinterpretation. While impressed by the creative approach, the jury was concerned that the proposal was not robust enough to sustain the future it proposed. 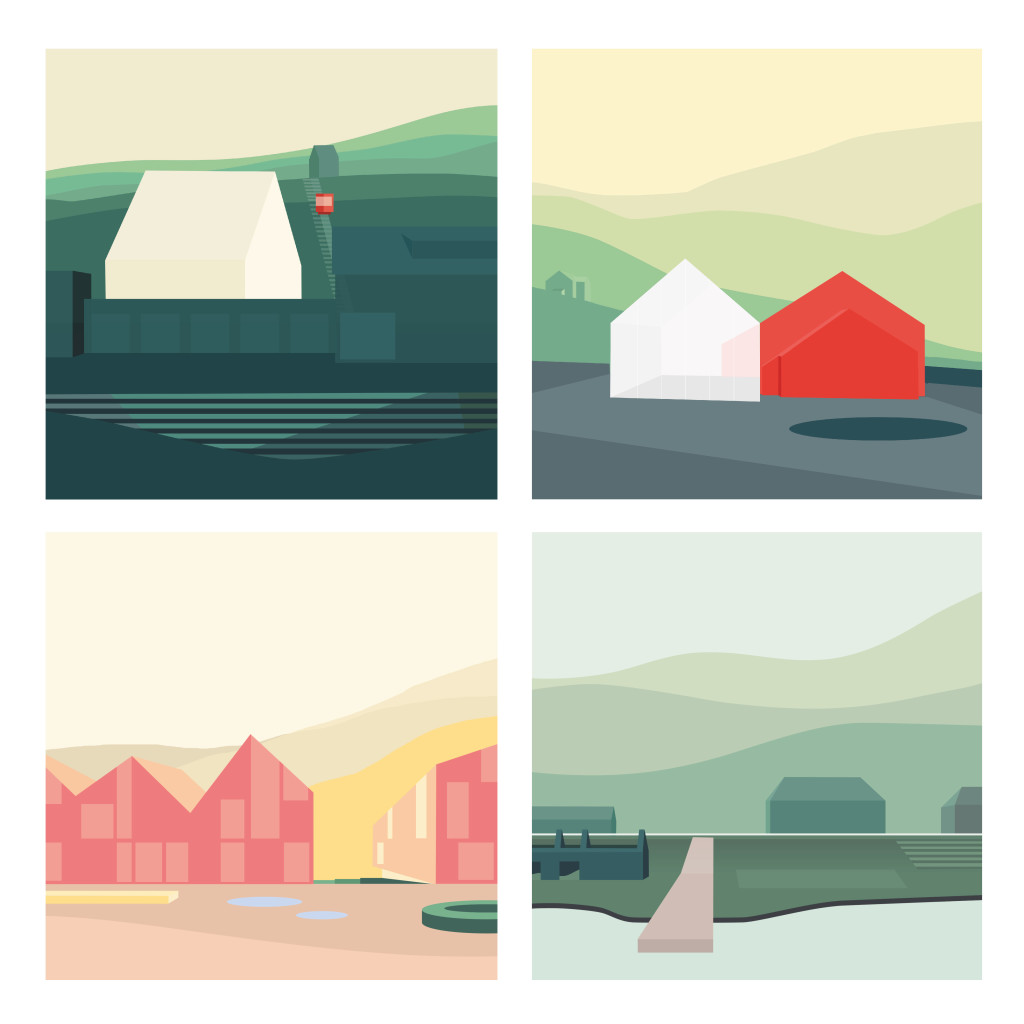