Jury remarks: Sewn Heart is a systemic approach that allows for an incremental, yet holistic, transformation of the site into a new civic center for the future of Raufoss. The proposal combines a set of bold moves – a relocated train station, bridges stitching together the industrial and urban areas, and the opening up of an introvert shopping mall – with a fine–grain urbanism of small open spaces and carefully scaled mixed–use blocks. 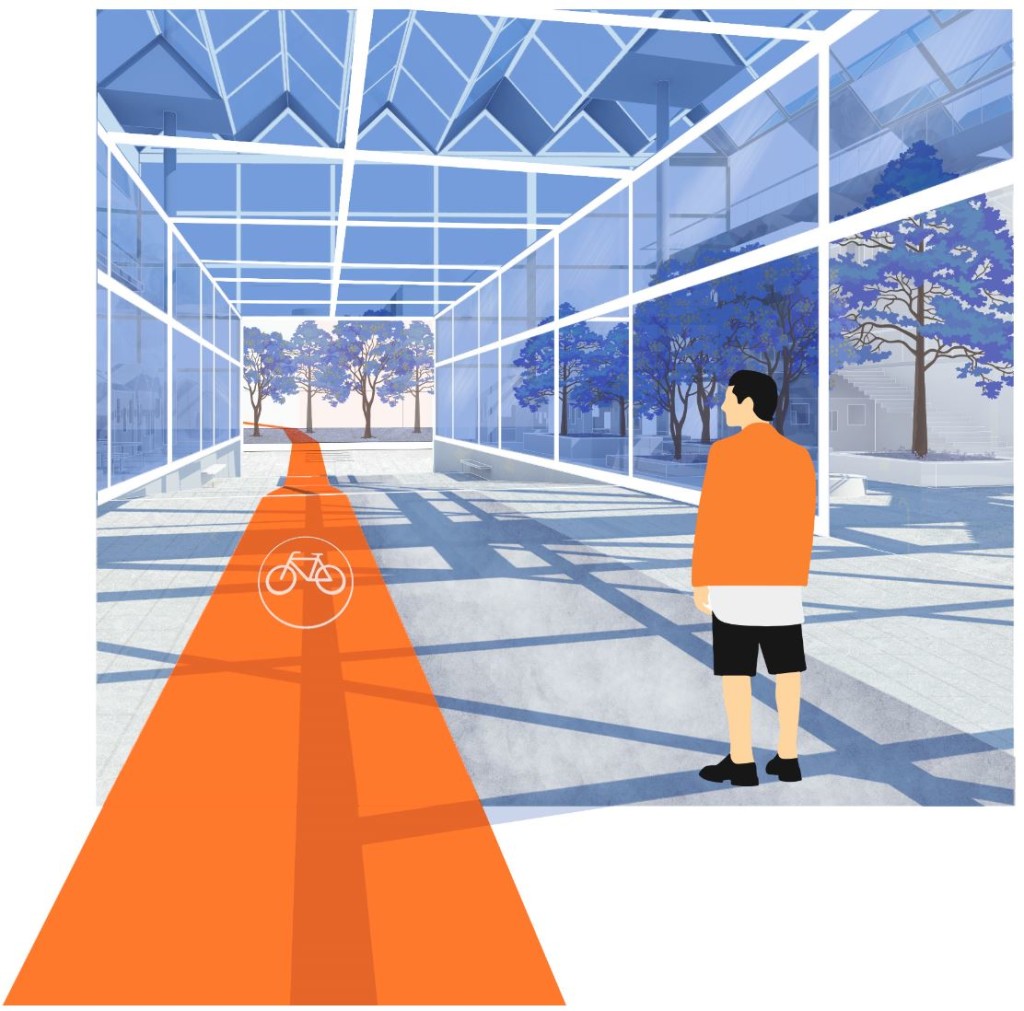 The jury strongly believes that one cannot do one without the other and argues for the municipality to embrace the proposal as a whole. The jury believes that the combined effect of the proposal supports an open city beyond fences and introverted spaces; traits that today are hampering the development.

The jury appreciates that the project embraces a post–oil era with the introduction of soft mobility, compact mixed–used urban form and a fine grain pedestrian grid, urban farming and renewable energy. The industrial heritage aspect is approached conceptually through a systemic attitude, which nevertheless supports the development of a humanistic urbanism that is convincing.

The proposal might be slightly weaker in terms of what site–specific knowledge it conveys, but it showcases a solid understanding of the opportunities that come with the city’s strong increase in population while also recognizing the challenges that might arise in the transformation from an industrial village to a civic urban place.

In Sewn Heart, civic space is not proposed as one singular place, it is rather a distribution of diverse spaces and places throughout the area. The jury considers this a convincing approach for a city in search of its identity. The distribution of new bridges and civic places also helps to connect the site with other sites in its surroundings. Hence, bringing the opportunity to be revitalized to overlooked places such as the former main street Storgata, Sewn Heart is not only a proposal for the site – it is a strategy for how to revitalize all of Raufoss. 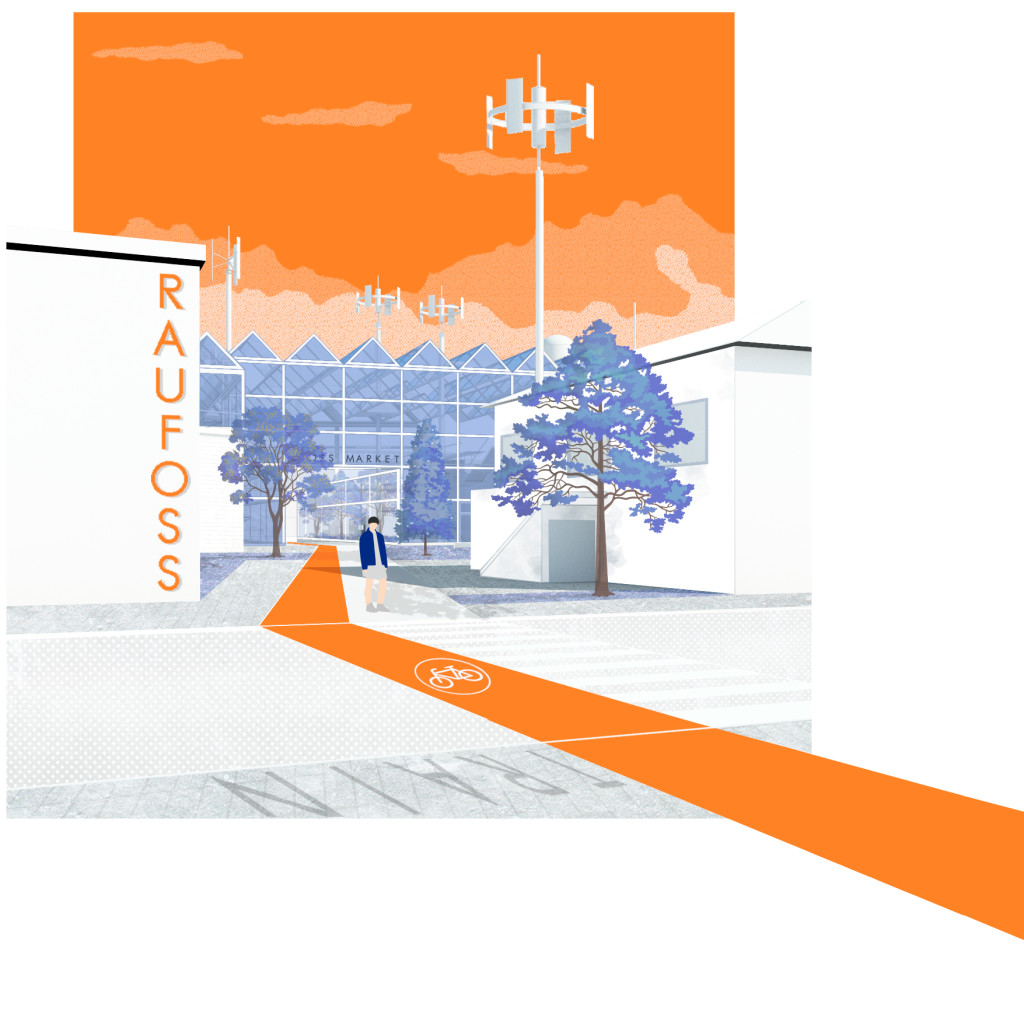 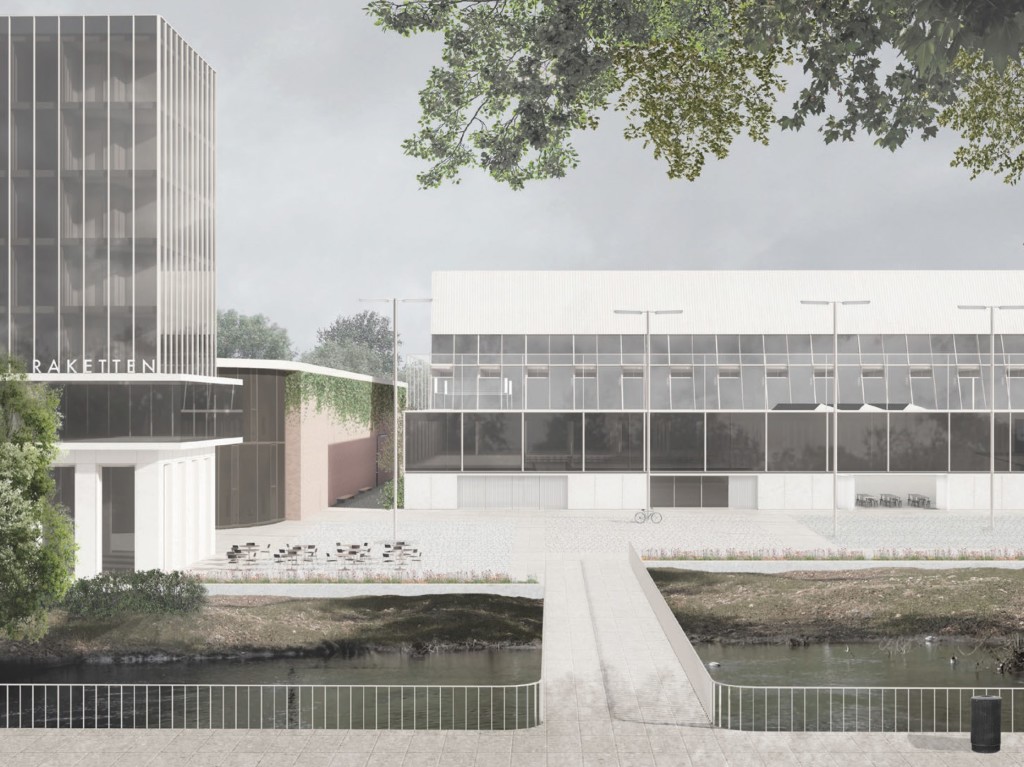 Runner Up: This must be the place

Jury remarks: The proposal This must be the place celebrates a modernist past of rationality and scale that connects well to the industrial heritage of the place. The aesthetics of the built elements seduces with clever and modest architecture while not convincing in its totality. The phasing of the proposal is uncomplicated and provides a reasonable strategy for the municipality. However, the proposal also neglects large parts of the site, leaving them behind without an envisioned future. Perhaps the proposal puts forth a typology that is too industrial and not enough forward looking in terms of the municipality’s wish to reinvent itself.

The location of a hotel on the border between the industrial area and the new city center is clever. Housing at the riverscape adds great value and does to some extent invite nature into the urban areas. However, a large podium construction very close to the riverscape offers difficulties in terms of spatial experience of safety and comfort while also conveying a lack of understanding in terms of climate adaptation of the built environment. Overall the large scale of public space poses a challenge and seems to be unengaged as concerns contemporary demands on the city–human relation. Hence, the jury appraises the exquisite aesthetic qualities of the architecture while questioning the proposal on an urban scale and as an urban strategy for the transformation of Raufoss. 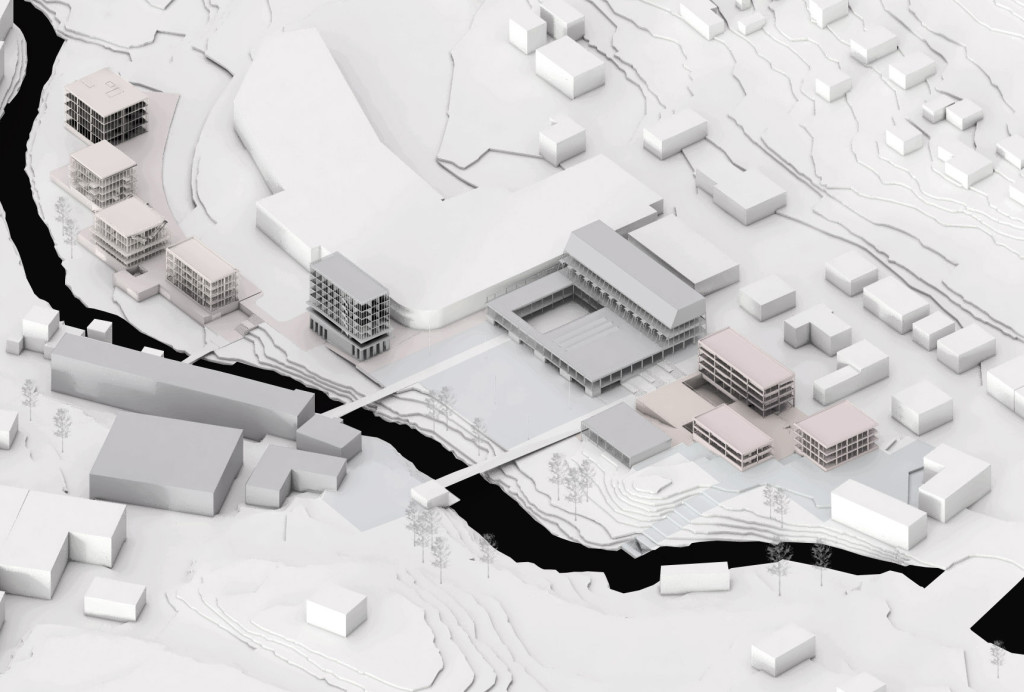 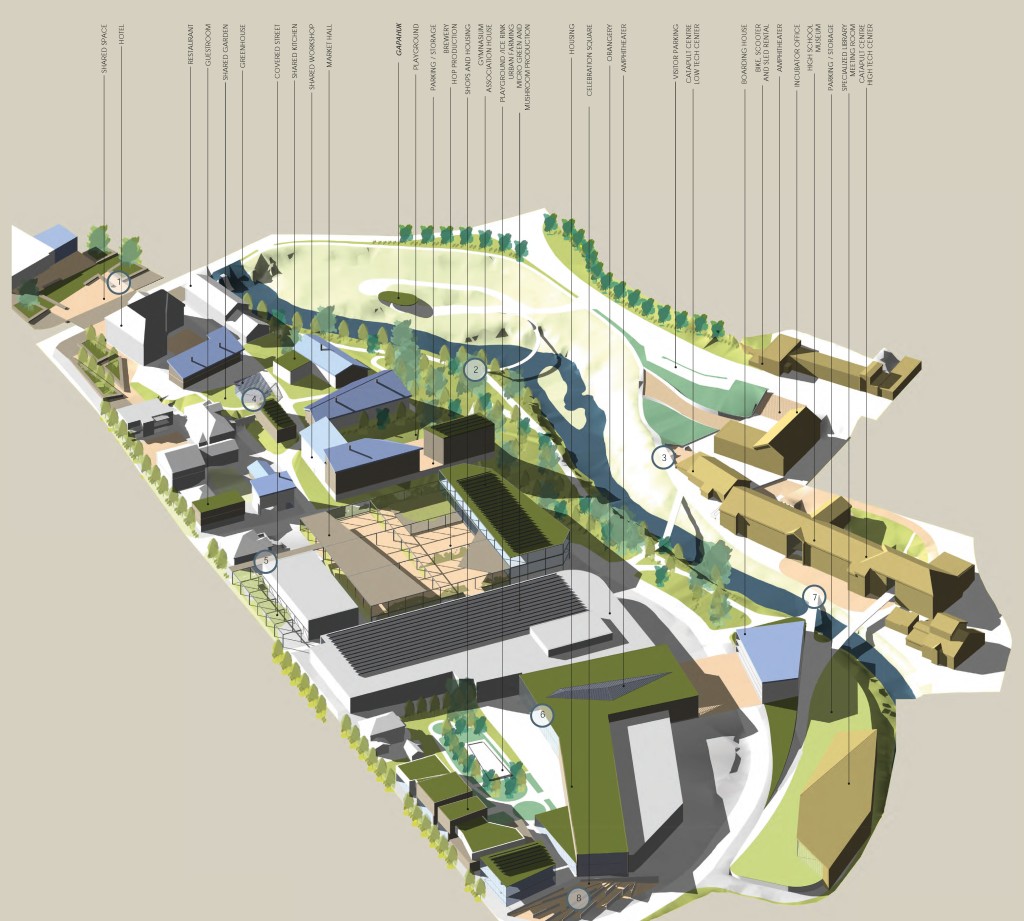